Last week I went to Cincinnati for the launch of the countdown to the 2012 World Choir Games, which will be held there next year from July 4-14. This event is referred to as the Olympics of choral music and is held every two years. This is the first time an American city has hosted the event and it will be the most significant arts event ever held in Cincinnati, bringing 20,000 participants and tens of thousands of visitors from more than 70 countries to the city. 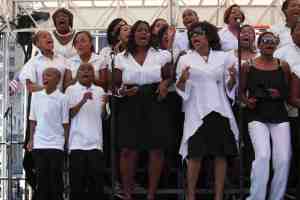 Twenty cities were in the running to host the games during the two-year bid process. Among US cities vying for a chance to host the competition were St. Louis, Reno, New York City, Los Angeles, and Chicago. One reason Cincinnati was selected was the fact that it has a number of suitable venues for hosting performances. 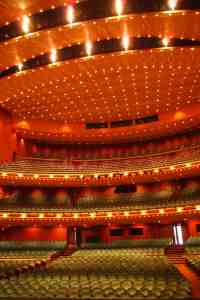 Among other interesting Cincinnati facts I learned that the city with a strong German heritage and longstanding tradition of choral music. It was the first US city to hold a municipal song festival—Saengerfest, and is also home to the May Festival, the oldest running choral music festival.

Before my visit, Cincinnati was not really on my radar as a musical city, but I found out that support for the arts, and in particular music, is very strong in Cincinnati. Highlights of my tour included visiting venues that may host Choir Games performances, several of the city’s many museums, and The School for the Creative and Performing Arts, a state-of-the-art magnet school for grades K-12.

I look forward to returning to Cincinnati next year for the World Choir Games.